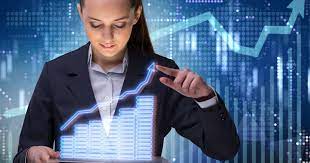 It’s no secret that the stock markets—particularly the small-cap penny stock markets—can be volatile, but that fact alone is no excuse for not investing: volatility is simply something to overcome, not something to avoid. Implementing the right strategies to mitigate the volatility inherent in the stock markets isn’t difficult, and just may be the key to co-opting market volatility to your financial advantage.
In its narrowest sense, “volatility” in stock market parlance is a function of both the daily traded volume (the number of shares of a given stock that change hands in a given trading day) and the share price of a particular stock. From a broader view, “volatility” refers to large fluctuations in the share price of any given stock issue, and from the most macro perspective, the general moniker of “volatility” can be applied either to any single stock market, such as the OTC small-cap markets, or to the collective stock markets in general. In other words, any particular stock can be experiencing volatility even as the markets in general are functioning as expected, while on the other hand, multiple stocks can be in need of correction due to an overly volatile market. Although both situations are characterized as being “volatile”, their natures are completely different.

Penny stock issues can often experience periods of volatility, characterized by noticeable swings in both share price and volume, regardless of general market conditions; although these events certainly can happen organically, such occurrences are rare: more likely, the stock in question is the focus of some form of manipulation, whether on the part of stock promoters (such as a pump and dump) or on the part of stockbrokers (such as circular trading). Either way, when a stock exhibits such noticeable swings, it is said to be volatile, and most investors will shy away from committing their capital in the belief that in doing so, they are avoiding undue risk.
There’s a different breed of investor out there who actively seeks out such particularly volatile stocks. Confident in their technical skills and their analytical abilities, these investors know that significant profits can be made simply by buying into these volatile shares on their downswing and selling on the upswing, before the next peak. Utilizing methodologies very similar to those used by foreign exchange speculators and day traders, such savvy investors can scalp meaningful gains by holding their positions for only the shortest term necessary—sometimes, for as little as 15 or 20 minutes—before placing their sell order. Often, these same investors are simultaneously studying multiple stocks’ volume charts to spot the confluence of high volume coupled with declining share price, an indicator that less skillful investors rattled by volatility are liquidating their positions; at this point, our investors buy in, recognizing that the stock will soon begin to correct itself. For those that understand both investor behavior and how the markets move and who can distinguish between volatility and a simple downward trend and further, can react appropriately, exploiting stock volatility is a swift and simple path to profits. Essentially, such investors consistently invest against the herd, taking advantage of less confident investors’ collective fear of volatility and their concurrent desire to cut their perceived losses, allowing those investors unfazed by volatility to capitalize on the opportunity to buy their shares cheaply.
Exploiting market volatility is a different process that can lead an informed retail investor to the same level of meaningful profits. The key to guiding your portfolio successfully through periods of macroeconomic market volatility is in-depth research, combined with a healthy dose of preparation.
Market volatility, as measured by the declines in indexes such as the S&P 500 or the Dow Jones, is a double-edged sword: while most pundits and analysts will tend to focus on doomsday scenarios associated with perceived market decline, few manage to correctly highlight the extremely salient fact that after such periods of decline, the markets virtually always return to levels higher than their starting-off point. This was true not only after the stock market crash of 1929, but also after the market meltdown in 2008, and after almost every other such market event in between.  Investors who recognize this inevitability can survive a volatile stock market quite nicely if they remain properly prepared. In this case, “preparation” means several things, which can be condensed into two critical points: firstly, the investor should ensure that they are liquid enough to capitalize on market volatility when the time is right, and, secondly, the investor should be prepared to know which stocks he will be purchasing once share prices begin to fall. Ideally, investors should have a “wish list” at the ready of various stocks listed on various exchanges which they are prepared to purchase when share prices drop down to a pre-determined level which the investor is willing to pay. The stocks on the list should be a variety of issues, diversified through a variety of industries with varying market cap, and, unlike the behavior of a penny stock volatility seeker, the aggressive market volatility investor should be prepared to hang on to his new holdings at least until their share price regains a level more accurately reflective of their true value. Where the volatility scalper seeks short-term gains, the market volatility investor waits for the opportunity to exponentially increase his portfolio value through research, patience and timing.
If playing the contrarian investor who moves against the herd is not your style, there’s still action that you can take to help you survive a volatile stock market. Although you’ve heard it said before, it’s in times of volatility that it’s most important to not let your emotions run away with you. Avoid liquidating any of your holdings unless you are absolutely certain that the movements you are seeing are truly the result of the particular stock tanking instead of the effects of volatility, which will eventually correct itself. Many investors who believed they were simply acting prudently in order to cut their losses have regretted their failure to learn to discern this crucial difference once they realized that after having sold, their shares regained their value. Learn to interpret indicators and to read charts, which can be an invaluable tool in their graphic representation of market movements; learn to spot when share prices swing back and forth, instead of simply trending in one direction or the other; and learn to understand the crucial correlation between share price and volume. In the final analysis, surviving a volatile stock market is a lot easier if you acknowledge that it’s better to be profitable than it is to be right.