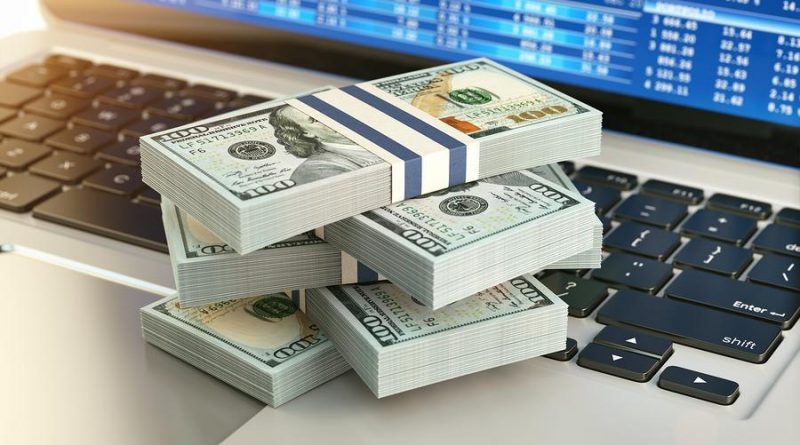 While value investing, one considers the Mr. Market to be a lunatic – a drug addicted schizophrenic.

For traders, Sir Market is God.

However, I feel the concept of “Value Trader” best addresses the ideas that I am going to put forth.

A value trader, by my definition, is someone who sticks his neck outside the conventional “value” model, borrows concepts from the otherwise pariah crowd – the traders, to see if some of their ideas can be applied in an otherwise value investing world.

1. A value trader is willing to add simple well defined technical indicators when buying a stock.

2. A value trader is open to the concept of stop loss instead of staying put/averaging down.

3. A value trader doesn’t consider averaging up to be asinine.

4. A value trader is willing to wait when selling a stock even when it goes outside the comfort of traditional value – that is when it catches momentum.

5. A value trader  is perhaps even willing to consider non-value themes when the market is apparently not conducive for traditional value investing.

I am now a value trader. I am convinced about the validity of each of the above ideas.

None of what I am about to say is an invitation to become a errr… value trader. I am not trying to convince or convert anyone. However, I do feel, all of the ideas presented above are valid enough to merit consideration. You can use them if they make sense or ignore them they don’t.

I must admit that this idea is not new. At least it was not new to me. It was mentioned years ago by someone who was heavily into trading. “Buy a stock  when the 10 day moving average cuts the 30 day moving average from below” he said. Follow the trend, he said. Little did he know that as soon as he mentioned moving averages and technical analysis my mind said “What a nut. This guy is going to get cleaned by the market.”

After all, hadn’t Buffett and Graham, unequivocally and unambiguously pronounced  such techniques as being totally useless (putting things in a very charitable way).

In our own stock-market experience and observation, extending over 50 years, we have not known a single person who has consistently or lastingly made money by thus “following the market.” We do not hesitate to declare that this approach is as fallacious as it is popular.

And did Buffett not say:

I realized that technical analysis didn’t work when I turned the chart upside down and didn’t get a different answer.

I was coming from a value investing philosophy and the very mention of “Technical Analysis” made me clench my fists.

But then, me being me, even if I was extremely slow at getting the point, realised that the only way of disputing a hypothesis is putting it to test. So that is exactly what I did.

I analysed my big losing trades/investments that either turned sour or unproductively locked up capital for a long time and checked if adding something from technical analysis would help. But I was very clear about one thing – the metric used had to be precise, objective and not open to interpretation. The results of the metric used might be suspect, but the metric itself should be precisely and unambiguously defined. Ten people trying to work out the metric should arrive at the same valid answer. I found that moving averages and moving average crossover fit the bill perfectly.

To my utter surprise, I found that just adding this one rule to my investments would have added a phenomenal amount of value (pun intended . It kept me out of atrocious trades (investments). Or using this technique, I would have bought the same stock at a much much lower price.

I tried experimenting with different values for the moving average, and found that any or at least most – if not all of them – would have helped. I could tweak them to either get in early or late, but they really did work.

So now, I am convinced that it makes more sense to buy value stocks, when they have stopped falling and at least show some sign of the presence of a positive trend.

“Don’t catch a falling knife”  the trading brethens had warned whereas catching the knife  (buying stocks at new 3 year lows) was one of my most successful investment strategy.

But adding a slight twist to their advice

“Catch a falling knife but after it has fallen enough but is  falling no more” by adding a technical indicator would have led to … more satisfactory results.

When buying stocks at 3 year lows, adding just this one simple indicator, would have been “performance on steroids”.

I have hardly come across a value investor that advocated the use of stop loss. Traders use them all the time. In fact I have never come across a recommendation of stock in a TV program (yeah, I do watch CNBC sometimes – to get entertained!) that did not include stop loss.

Earlier I was of the view stop loss was more a question of personal preference – one can make a case for and against it. I still feel that way. So far, I have not used stop loss at all. But I am now convinced that using them makes more sense. I don’t have any brilliant arguments in favour of using it. The best I can do is repeat an adage:

There is more truth to this statement than meets the eye.

Traders always average up and never average down.

This is a complete reversal of typical value investing – which says buy more as price falls. A stock gives a better reward at a lower risk when purchased at a lower price.

In the conventional value investing world, averaging up makes absolutely no sense. You are supposed to hope and even pray that stock should fall – so that you can gobble up more and more of those at lesser and lesser prices.

I will tell you why – because it helps the performance of the portfolio as a whole.

The main thing is if you have a scenario, where if you are right, the magnitude of the move makes it very interesting . In such a scenario, it is perhaps not so foolish after all, to buy more because the price has moved (i.e. the hypothesis seems to be on track and could be right ).

If I buy a stock at 20 and gauge that it could possibly go up to 40 or 50, wouldn’t it be in my interest to buy more at 22, 25 and 28, because the price is going up (and the market is responding and validating the hypothesis). This way I am putting more capital in a stock that is value, proving to be profitable and could potentially be very very profitable. Incrementally the stock might be less value, but the probability of a potentially huge gain increases.

Traditional value investing and contrarian investing strongly suggest that you sell a stock as soon as it reaches its target price – some thing close to its intrinsic value. Or at least when the margin of safety has reduced considerably. Mohnish Pabrai says he is happy to sell the stock at 90% of the intrinsic value.

What if the stock keeps going up for some reason or the other (which one obviously cannot fathom  – one can just shake ones head in pleasant amusement!).

What if the stock that you originally bought and hypthesised as being a comfortably good ride for 50-75% upside keeps going up – when do you sell?

What if the stock turned out to be a 5-bagger or even a 10-bagger?

As I had mentioned before on when to sell stocks, I knew this would happen – sooner or later. It was virtually a certainty.

As I had said before

There will be some stocks that will become multibagger after you sell your lot. Like death and taxes, this is INEVITABLE.

I knew this was bound to happened and was mentally prepared for it. I don’t regret selling the stock early. When I had bought the stock, I had never meant to hold it for such a long ride.  It was as good as avoiding a momentum stock – which I always did.

But isn’t something wrong with this scenario? Can something be done to capture the upside of the generous market which is beyond value/intrinsic value/reasonable expectations?

I had already known the importance and role of lady luck,  but couldn’t exactly figure out how to go about it in practical terms. I found my answers on when to sell the stock from those who play the momentum game for a living – trend followers.

If stock is going up – hold and sit tight. Sell it after it has stopped going up. And how do we know when it has stopped going up? It will start to go down. When one is lucky enough to buy a stock that starts as value and suddenly becomes a momentum play, one needs to look beyond conventional value based selling approaches. If Lady Luck is kind enough to land us a unexpected multibagger, the least we can do is put in some effort to try not closing the door on her face.

I feel there are times when the market is not conducive for value investing. Value disappears or at least becomes scarce. During the later phases of a bull market, value will be hard to find. There will be many indications which will make it obvious that the market is deep into bull territory.

Straight from Graham in Intelligent Investor:

Nearly all the bull markets had a number of well-defined characteristics in common, such as

(4) much speculation on margin, and

(5) many offerings of new common-stock issues of poor quality.

In the Indian context here are some of my observations (in addition to everything Graham says):

2. Very few or hardly any at two year low

4. One has to “hunt” for value stocks and perhaps even redefine “what is value”

So as you can see, the overvaluation in the bull market would be blindingly obvious to anyone who is willing to look at it. If value is the only game/method/philosophy one follows, life can be very difficult. Life becomes further difficult this overvaluation reaches mania stage. There is no limit to how crazy markets can get.

During Harshad Mehta’s time, Sensex P/E had apparently reached 40. If we had had similar P/E in the last boom (2008), Sensex would have reached something close to 28000. So just because market is high, doesn’t mean it can’t get any higher. The market will go where it wants to go.

Bottomline, when time is not conducive for value investing and momentum is obviously at play, I see no reason to hide and stay away from momentum. Knowing fully well that the bubble would burst, I want to participate the game. Never mind if someone else calls it speculation (which is what it really is), I want to be IN. For, nothing works like momentum while momentum is at work. I had mentioned this a few years before as well. I found the perfect solution for my quest in Trend Following strategies. So being a value trader, I am open to following trends when the time is right. I am also proud to be an independent thinker .