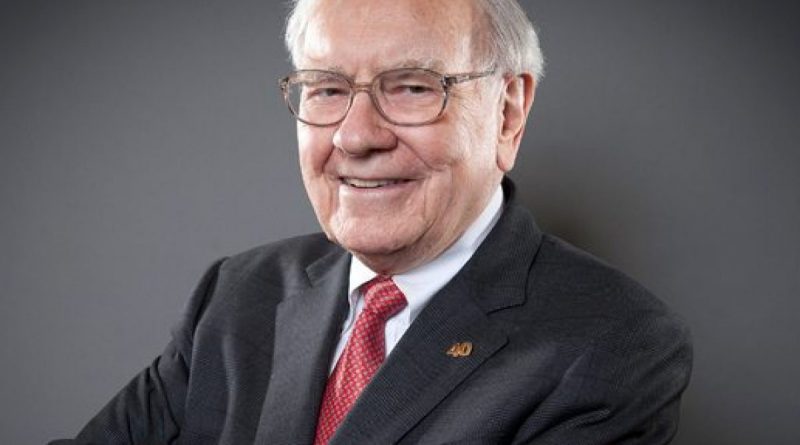 I’ve always been a fan of the way Buffett invested in the 50s and 60s, before he met Charlie Munger. Not to take anything away from what he’s done since, but the deep value/special situations Buffett has always been the one that appealed to my style. Just look at the companies I own.

If you could sum up my style in a sentence, I’d probably say it’s this. There’s no such thing as bad assets, just bad prices. I’m willing to take a look at just about everything, assuming the price is right. The more bad stuff I discover while looking, the less I want to pay. It’s pretty simple.

I say this because for as long as I’ve been a hardcore value guy (since about 2007, after dabbling in dividend growth stocks), I’ve never really looked at any Buffett-esque stocks. I’ve just focused on the deep value stuff, which, as I’ve pointed out, is still out there. It might be tougher to find value south of the border, but it definitely exists in Canada.

It’s not that I’m unaware of the high quality stuff — after all, I cover a lot of that stuff for the day job — I’m just not willing to pay the price. I think Canada’s banks are good businesses. I think the telecoms are good businesses. And so on. I’m just not willing to pay the prices these businesses go for in a world where very low interest rates have jacked up the value of just about everything.

There’s one business I’m making an exception for though, a business I’m currently buying and planning to hold for years. This is a business that isn’t cheap by any traditional metrics, and has a growth rate of just 3-5%.

That business is Pizza Pizza (TSX:PZA). Here’s why I’m about to make it one of the largest positions in my portfolio (not the portfolio I track here, since it’s pretty much the opposite of traditional value investing).

Essentially, it comes down to three things — the moat, the growth potential, and paying a reasonable valuation for the two first things.

Pizza Pizza has become the largest pizza chain in Canada, and all without getting anywhere close to tapping its potential outside of Ontario.

In Ontario, Pizza Pizza owns the pizza market. It’s the leader, and by a wide margin too. Even in Alberta, Pizza 73 is the leader, and only with about 100 locations. It still faces competition from Pizza Hut/Dominos/Papa John’s, but those competitors are pretty fragmented.

The big advantage to being the leader is the ability to spend on marketing. Pizza Pizza brand ads seem to be everywhere, while I don’t see a whole lot of competitor ads. It seems like the big American chains are mostly counting on brand recognition to grow the top line.

What I like about ordering pizza compared to other fast foods is the ease. My small town recently got a Pizza Hut, after years of just having two ma and pa pizza joints. I went onto the mobile site and about 5 minutes later my order was in. A half an hour later we went to pick it up. It was easy.

Pizza Pizza has embraced technology in a big way too. According to the last annual report, more than 90% of Pizza 73 sales where either from the app, online ordering, or via the centralized call center. The catchy jingles and easy to remember phone numbers do a nice job of capturing folks who aren’t so technologically savvy. This is the future of ordering food, and Pizza Pizza is doing a nice job with it, today.

There’s all sorts of potential to expand the footprint of Pizza Pizza.

Pizza Pizza is an attractive franchise for a few reasons. They treat their franchisees well, even winning awards for it. It’s also a pretty small investment, since most restaurants are pickup and delivery only. There’s no need to invest in much of a sitting area, which gives franchisees much greater options for locations, and at a lower cost.

The initial franchise fee is $30,000, and the average location will set back a franchisee about $300,000-$350,000 in upfront costs. There are other locations already set up and operating for sale for as little as $150,000. That’s a pittance, especially compared to other types of restaurants.

Pizza Pizza is a very attractive businesses for recent immigrants to Canada. They’re simple to operate, easy to scale, and can be quite profitable if you get a few members of your family to do all the work for you. Plus, certain immigration programs stipulate that a recent immigrant has to invest a certain amount of capital into Canada as a condition to entry. There’s a reason why just about every fast food franchise owner is a recent immigrant.

There’s also what the company calls “non-traditional” locations. These include at stadiums, inside movie theaters, and in other locations like zoos, museums, and so on. This flexibility makes it easier to expand store count, while letting the operator keep the profits. Plus, these locations have captive audiences, which allow for higher prices.

But forget all of that. For my model, I’m going to assume that Pizza Pizza can grow as fast as Canada, which is about 3% per year. Add that to a 6% dividend, and I’m looking at 9% compounded for a very long time. In an environment where 1% is a “high interest” savings account, I’m pretty happy to exchange my cash for that.

Pizza Pizza came public around a decade ago, as an income trust. Over those 10 years, it has hiked its annual dividend 10 times, and was forced to cut it once, as it converted from a trust back to a regular corporation back in 2010.

Here’s a chart of dividend increases. The company has since increased the dividend again since January 1st, about 2.5%. The dividend was temporarily suspended during the conversion period.

Again, that’s not a hell of a lot, but I’m pretty happy with it, especially since I’m getting close to a 6% yield to start with.

Shares currently trade at 16.6 times earnings, which is reasonable. They’re down a good 15% from 52-week highs as all interest rate sensitive stocks are getting crushed right now, regardless of the industry. They’re a little expensive compared to where they’re traded in the past, but not excessively so.

As it stands right now, I think the base scenario is collecting a nearly 6% dividend, with 2-3% annual growth. I think I can do a little better, pocketing the same dividend but getting growth more in the 4-5% range over time as the company expands into areas where it doesn’t have a whole lot of stores, while getting reasonable same store sales growth. Plus, the price of cheese is down recently, which is a nice short-term boost.

The big risk is Alberta and the economy there.

While 2009 was bad for the Pizza Pizza brand, it was really bad for Pizza 73. Alberta’s crummy economy sent Pizza 73 sales tumbling nearly double digits, which especially hurts because of its 9% royalties, rather than the 6% received from Pizza Pizza stores.

I want to be patient with this stock, because I see a scenario where that could happen again. If it does, I can likely pick up shares of what I think is a pretty good business for a great price. I figure this will be a business I average into over a long period of time, which will hopefully give me the opportunity to take advantage of that sort of weakness.

There’s also the possibility of rates continuing to go up, which isn’t a big deal.

And that’s about it. Feel free to comment and poke holes in my thesis, this isn’t the kind of investing I normally do. I might be missing a few things.