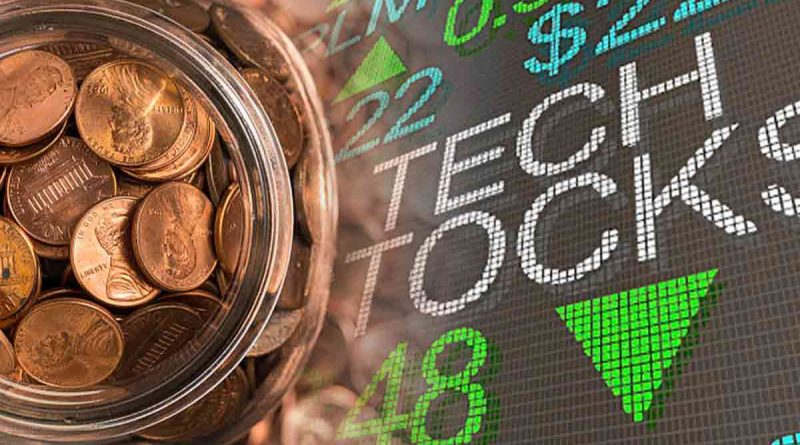 And Happy Weekend! My preparations are complete and I’m extremely excited to present this must-see alert to you.

Those of you who follow me know that I issue few picks — one perhaps two a month — but you know I consistently deliver winners.

My last alert was AQUM which I alerted on June 17 and it ran 123% in one day. Now I’ve got another bull by the horns.

My new alert is CVAT. Begin researching this incredible company right away. I expect great things for CVAT and want my readers to have first shot at this opportunity.

I am issuing an immediate alert for CVAT (Cavitation Technologies, Inc.) which closed at $0.0475 on Friday.

CVAT caught my attention recently and I quickly understood that this pick holds incredible potential. Let’s dive into what is happening.

Edible oils may not sound like something investors should be thinking about, but the truth is the industry is set for an explosion the likes of which investors have never been seen before.

A conservative U.S. estimate of global soya bean production projects a whopping 12.1% increase in production with the United States and Brazil leading the charge.

The market for this expected growth in production is huge with most major Asian importers spending no less than $1.5 billion each year importing these oils.

So why am I telling you all this?

The answer is simple.

My latest play, CVAT is massively undervalued and better still, the company looks set to completely crush its competitors in the edible oil refining industry.

In recent months CVAT has rolled out its patented breakthrough technology that helps speed the production and processing of soya bean and other vegetable oils.

But there’s another more urgent reason I am telling you about CVAT.

You see, in the last few months the play has rallied 384% and recent market valuations have indicated a surge in investor interest.

These indicators lead me to believe that CVAT is getting ready to make a big push northwards and with it deliver on its massive gain potential.

Get CVAT high on your watchlist immediately. I belive we’re going to see this stock gallop forward.

CVAT brims with confidence. The stock has rallied well in the last few months. Since October last year the play has seen a whopping 385% added to its 52-week low of 0.0098.

CVAT is trading with consistent volume and has kept momentum steady to entice investors. RSI is very healthy at 54.76 and investors have plenty room with which to unlock the stock’s gain potential.

CVAT’s strong strategic partnership with a major edible oils refiner in the U.S. has been bolstered with news that the refiner has just installed CVAT’s patented Nano Neutralization(R) system.

CVAT has started to reveal its inherent gain potential and a recent market valuation delivered trend-reversing increase of +12.50%.

CVAT’s technicals are looking great. One of the leading stock technical analysis sites on the Internet, StockTA, gives CVAT “bullish” ratings across all major indicators.

CVAT is also in line to generate more revenues through its primary strategic partnership with Desmet Ballestra Group. The latter announced its intent to install CVAT’s patented system at is large soya been processing plant recently built in India. This means that CVAT’s system is now being used in three countries and counting.

CVAT’s strategic alliance plus the expected rise in demand for soya bean and other vegetable oils, means the company can sustain its growth and continue increasing its revenue base. This bodes incredibly well for CVAT investors.

CVAT has partnered with Desmet Ballestra Group, the leading global solutions provider for the edible oil and fats and biodiesel industries. The outlook of this relationship is super bright.

The market for edible oil refining is directly tied to the demand and production of these oils and CVAT looks set to generate a windfall of revenues.

Even with conservative estimates, the future sustainability of the industry looks rosy and CVAT has positioned itself well to benefit from these huge projections.

This is attributed to higher acreage and favourable weather conditions. Poor crop yields in 2012 reduced production, thus despite a slowdown in demand, price correction in soybean oil has been relatively mild compared with palm oils.

Expected high soybean oil production from South America may replenish stocks as opposed to creating an outright inventory glut as observed in case of palm oil. The current soybean oil stock as a proportion of consumption (7.5%) is below the long-term historic average of 9.6%.

However, to the extent weather uncertainties remain in South America and demand growth remains muted, any production levels below the current high expectations may actually push soya bean oil prices up.

Given the improvement in demand growth in 2013, inventory level/ending stock as a proportion of yearly consumption is unlikely to rise further.

Palm, soybean, canola and sunflower oil are the world’s most widely used fats and oils, and together account for 72% of total global consumption. Palm oil is the largest-volume oil used, surpassing soybean oil in the mid-2000s. In 1990, these four oils combined accounted for about 55% of global fats and oils consumption, with soybean oil at 20% of the world total, followed by palm oil with 14%.

Palm oil is produced mainly by Indonesia and Malaysia. Demand for palm oil accounts for over 25% of world demand for fats and oils, and is expected to grow at an average annual rate of more than 5%. The main consumers include India, Indonesia and China, and the rest of Asia; Europe; and Africa. Palm oil use has grown significantly as a result of its lower cost, edible properties, and supply availability.

Soybean oil is the dominant oil used in the United States, accounting for 45% of total consumption. Biodiesel production will continue to drive U.S. growth.

Soybean oil accounts for over 63% of total demand in Central and South America, and over 40% of its use is for biodiesel production, especially in Argentina and Brazil.

In Europe, soybean oil is used as a cooking oil but growth has been limited in food use and more recently by biodiesel production. Soybean oil use in Asia is also significant (about 20% of the total) and strong growth of 4–5% annually is expected. China is a large consumer.

Overall, world fats and oils consumption is expected to grow at an average annual rate of 3.5–4%, driven mainly by growth in Asia and steady increases in the United States and Europe.

In Asia, China and India will continue to experience a growing population and economy, which will result in an increase in per capita demand for fats and oils. In the United States, Europe, and Central and South America, fats and oils demand for non-food use, particularly biodiesel production, is expected to continue to increase. All of this bodes very well indeed for the future of CVAT.

CVAT’s patented vegetable oil refining technology has been making news in recent months and investors got a glimpse of its commercial viability through a slew of important news developments.

Cavitation Technologies, Inc. (OTCQB: CVAT) announced today that the Desmet Ballestra Group, CTi’s strategic partner since 2010 and licensee of the company’s vegetable oil refining technology, has entered into a sales agreement to build and equip a new Soybean Oil Refinery plant in India.

The purchased system, capable of processing 250 tons of oil daily, will be installed in the first fiscal quarter of 2014. CTi anticipates an initial down payment from the sales agreement in the first fiscal quarter and additional revenue from the sales agreement in the remaining quarters of 2014.
Igor Gorodnitsky, CTi’s Principal Executive Officer, offered, “This installation will be our first in Southeast Asia, a region with enormous potential in the edible oil processing industry, and will occur at a newly constructed processing plant in India.

The fact this refinery has opted for out Nano Neutralization process over the conventional method represents a pivotal breakthrough for our company and our technology.

We hope that this installation will translate into more sales in Southeast Asia, as our technology has demonstrated it can reduce costs and environmental impact in both new and existing edible oil refineries around the world.

The purchased system, capable of processing 500 tons of soybean oil daily, will aid the refinery’s production of refined, bleached, and deodorized soybean oil.
Roman Gordon, CTO, commented, “This installation marks a significant milestone for our company and our technology.

The results from this particular installation have been profound. Our system has demonstrated a 90% reduction of citric acid and 50% reduction of caustic, all of which have led to improved efficiency and operations for edible oil processing.” CTI received the initial down payment for the system in the second quarter of the current fiscal year and collected additional revenue from the sales agreement at the end of the fiscal third quarter, March 31, 2013.

Now, I am no seer but the regularity and pace of these installations leads me to think that CVAT may announce another successful implementation of the technology in the near future. Such a scenario is likely to potentially send market valuation skywards.

Put CVAT at the top of your watchlist and begin researching this exciting opportunity immediately! The timing appears perfect to take advantage of the company’s phenomenal developments. I want my readers to be some of the first to hear about this amazing opportunity.

Get ready for some beautiful trading beginning Monday morning.

As always, reach out to me with any questions.

P.S. I answer all email so reach out if you have any questions/comments: info@activepennystock.com
Good Penny Stocks At ActivePennyStock.com

We are all grown-ups and it should go without saying that active penny stock is not liable for any investment decisions by its readers or subscribers. This is to say that you are responsible for your own actions and it is strongly recommended that any buy or sell decisions be discussed with a trusted financial adviser. All stocks are risky, so please do not trade with funds that you cannot afford to lose. We are not registered broker-dealers or investment advisers so we are neither licensed nor qualified to provide investment advice.
Our newsletter is for entertainment purposes and is not intended to be investment recommendation. Any information found on our website, or in any of our newsletters or social media platforms (Facebook and Twitter) is not provided to any particular individual with a view toward their own circumstances. The information contained on our website, in any newsletter we distribute, and on our social media platforms is not an offer to buy or sell securities. We distribute opinions, comments, and information free of charge exclusively to individuals who wish to receive them. We have not been compensated for profiling CVAT nor do we own or owned any shares, directly or indirectly.